5 hours ago
“I’ve put 22 hearts on it which is for the 22 victims”: A Salford mum has crocheted a tribute to those who died in the Manchester Arena bombing
11 hours ago
All you need to know before placing your vote in the Local Elections
1 day ago
“Scrap the Mayoral system” – Independent Stephen Ord on running for office

Magician Impossible’, Dynamo, met fans and signed copies of his new book at WHSmith in the Arndale this morning.

Carrying on his UK book tour, Dynamo met Manchester fans and signed copies of his new book, “The Book of Secrets”.

The fans who were lucky enough to meet the magical man himself are also amongst the first to get their hands on the book as general release is not until November 2nd. 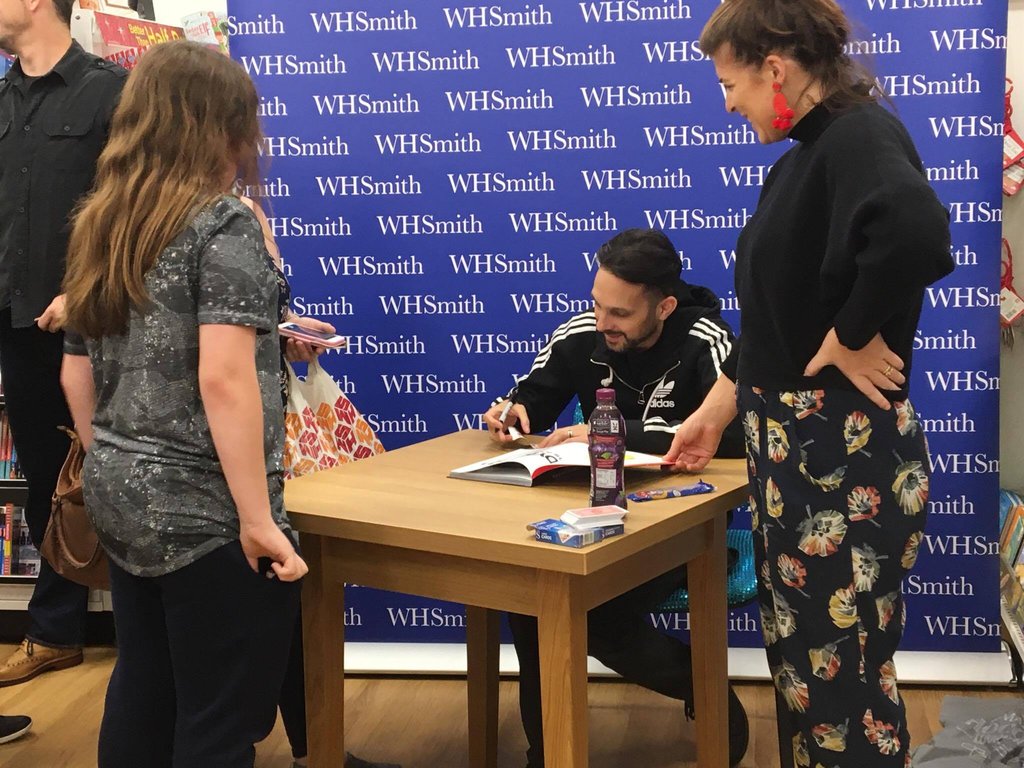 Fans travelled from all over the city and beyond to get a glimpse of their favourite magician.

“I’m from Swinton, so I’m a local lad, and couldn’t miss this opportunity to meet Dynamo for a second time.”

The magician, whose real name is Steven Frayne was forced to cancel his signing in Glasgow yesterday due to travel complications, this left some fans worried about whether he would appear in Manchester.

To the delight of all of his travelling fans, Dynamo made a magical appearance and was thanked by his dedicated fans.

Super-fan, James, has a special message for his favourite magician: “I am saying thank you so much for coming to Manchester and supporting us.”

To James’ delight, he was even recognised by Dynamo himself.

The Book of Secrets, Dynamo’s second release after his 2013 biography, is set to give away some of the secrets behind his most well-known illusions.

The patient Manchester queues were treated to an impromptu show from local magician Hamza Ijaz.

Even our own Quays News reporter, Amber-Lily Goulden found herself unable to keep up with the magicians tricks.

You can check out more of Hamza’s magic over on his Instagram.

You can pre-order The Book of Secrets here, or buy it in all bookstores from the 2nd November 2017.