5 days ago
Free cakes for Kids are looking for new bakers
7 days ago
Upcoming Salford Arts Theatre Awards this May
7 days ago
Want to plan a Platinum Jubilee in Salford celebrating the Queen? Here’s how!

OVER 1,500 people have signed a park petition to stop houses being built on a Grade II listed public park and hall.

Buile Hill Park, off Eccles Old Road, was completed in 1938 and covers an area of approximately 35 hectares with tennis courts, picnic areas, play parks and the crumbling Georgian mansion.

The park is an open air venue for many of the city’s events including the annual Bonfire Night firework displays. 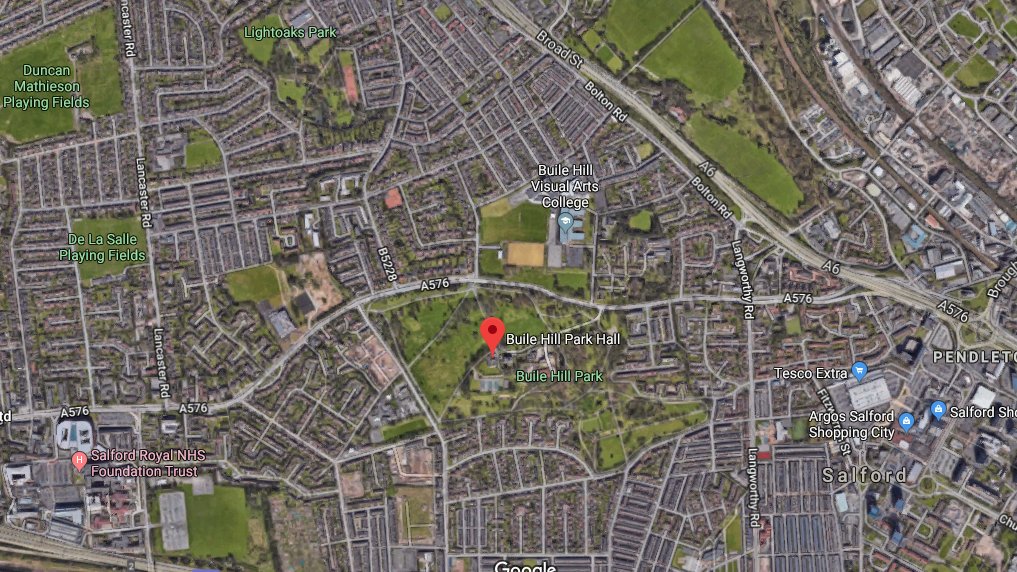 Lynda Curran, a Salford resident, started the park petition after she heard about council proposals to build houses in Buile Hill Park. Ms Curran said: “My children spent a lot of time in Buile Hill Park and we love the place even though it has been sorely neglected by the council.

“If we do not fight for it now it may not be there for future generations.”

She added: “Buile Hill Park is one of the few green public spaces left in the centre of Salford.” [pullquote]”It would be a travesty to build houses on it. It’s a public space.” – Lynda Curran[/pullquote]

Brian Wilbraham, of Salford, said: “Salford Council are letting the good people of Salford down, the park belongs to the people, not the council who appear to want to sell it off to private developers. “You would think to have such a wonderful resource as the park, that should be developed for the community, and marketed to bring money into the area for the good of all.” Some local residents are arguing that the park is one of the only green spaces left in Salford.

Maggie Dutton, who signed the petition, said: “We often walk our dog in this beautiful park and often comment how lucky the people of Salford are to have such a large green space, the health benefits of which are enormous.”
Carole Rose offered her support saying: “It would be such a shame to build on here and take away this lovely park.
“No where left for children and adults left to enjoy without travelling.”
Salford Council and the Mayor, Paul Dennett, signed a ‘Memorandum of Understanding’, which is a non-binding agreement between two or more parties, with the potential developer Capital and Centric.
Media reports that the developer is now stating that the scheme to build houses was just one option for the site of the old stables and garden centre. ‘Other’ options such as artist studios were not included in the original ‘Memorandum of Understanding’ signed by the Mayor.
The houses could be built as part of the Salford Red Devils Foundation, a registered charity who deliver sport, health and educational-based activities across Salford, bid to re-open the park’s mansion.
The foundation states that it wants to turn the mansion into a multi-use centre, including a museum showcasing the rugby league club’s history, function rooms, a cafe, and a second museum in the basement recording the city’s mining past.
But protestors say the plan was hatched ‘behind closed doors’ without public consultation.
Councillor for Weaste and Seedley, Paul Wilson said: “Whilst I accept that some development will be required to do this, I don’t think residential property in a public park is the way forward.
“My views on this are reinforced by the 2016-17 Public Parks report produced by the cross Party Commons Communities and local government committee.”
He also added that like to see enhanced leisure facilities developed within the park to enable the mansion to be returned back to public use.
The Weaste and Claremont Community Committee is set to discuss the park petition at its next meeting at 6:30pm on Tuesday 22nd May at De La Salle Sports Club.
The park petition meeting is open to all local residents and representatives from the council as well as local councillors who have promised an update on the situation.
Quays News contacted Capital and Centric for comment but did not receive a response before publication.
To sign the petition use this link.